Roman Polanski’s films are never quite as good as they should be. Nor does repeated viewing reveal depths missed the first time, despite his obvious abilities. Instead, his talents seem out of proportion to the subjects he chooses. Thus, a strong literary source like Thomas Hardy’s novel Tess of the d’Hubervilles might offer a chance for him to prove what he can do. All the more frustrating, then, that Tess, undoubtedly one of Polanski’s more memorable films, is still unsatisfying.

Tess (Nastassia Kinski) is a young woman from an impoverished family who are descended from an ancient line of aristocrats. Raped by the rich Alexander D’Uberville (Leigh Lawson), who despite his name is not a relation, she falls in love with and marries a pastor’s son, Angel Clare (Peter Firth). Angel, upon learning of her past, abandons her, only to return too late.

Polanski stages this story with such loving care that he seems almost afraid to disrupt the hushed, handsome surfaces. The film’s slow, even pace enables him to create Hardy’s fictional county of Wessex (shot mainly in Brittany) with a radiant sense of time and place. Polanski the prankster is largely absent, and the actors, with the important exception of Firth, assist him by fully internalizing their roles, breathing life into the strange goings-on.

For despite its realistic texture, the story is loaded with never fully reconciled questions and unmotivated mysticism. For example, unlike her parents, Tess dismisses the idea that her background makes her socially superior, but she is nonetheless ruined by their efforts to exploit that legacy by effectively selling her off to D’Uberville. This “sins of the fathers” subtext is repeated frequently without ever seeming pertinent. The one time the theme relates directly to the action, when Angel blames Tess’s heritage for her “weakness” in allowing herself to be raped, may be meant to explain his reaction, but it is just bewildering and made more so by Firth’s unconvincing, callow delivery.

The attempt to make the themes feel less incidental and more redolent and integral is most blatant at the end, when Tess and Angel flee to Stonehenge. A thick layer of opaque symbolism is laid on like a trowel that may be meant to explain Tess’s self-hatred in a vague way, or to relate her behavior to a larger, cosmic force of history, but it feels unwarranted, pretentious and out of keeping with the realistic environment so carefully created.

The most felicitous, inventive moments, such as the way a minor character realizes a murder has occurred, have little to do with such weighty themes. They do not quite make you long for the imp in Polanski to take over, but they do suggest that his natural skills are alien to the material. As a result, even at its long, lush, respectful best, Tess feels too studied to work as fully as one would hope—for the director and for ourselves. 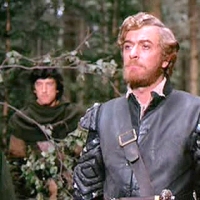